It Started with a tilted head

Origin Story as told by our founder 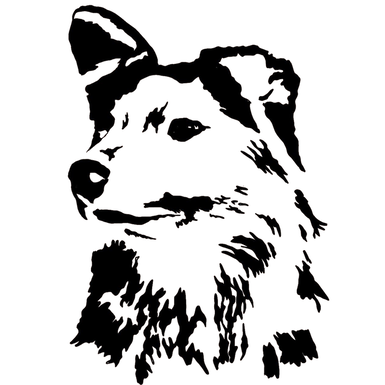 ​How it all started.  If you look at the World Dhole Day logo, you’ll notice that the dhole in the image has a bent ear. This isn’t just done to be different then our standard logo but also because it’s based off a real-life dhole I worked with and the one that fueled this passion for dhole conservation.

The Dhole Conservation Fund started slowly. While in college I was researching Mexican wolves and red wolves for an ethic paper on reintroducing carnivores onto the landscape. While in the college library I did some searching on other wild canines. Lots of wolves, dingoes and Ethiopian wolves. A few things on Manned wolves, African wild dogs and I learned about oh so many foxes. Then I came across a brief entry about one dog simple called a dhole. There wasn’t much on them but I found a reference for the book “Whistling Hunters”. Our school librarian got a copy for me, took about a week. I couldn’t set it down; I was hooked but couldn’t find much more on them.

I would graduate and end up taking an internship and then a job working with wolves. I loved the wolves and became even more interested in wild canines and their conservation. The local zoo had a pair of African Wild Dogs and I would often spend hours just watching them early in the morning when the zoo opened. I remember talking to my boss at the wolf center about how I had heard the zoo had a dhole breeding program and I would give anything to see a dhole in person. Little did I know that opportunity would soon come. We got invited to come see behind the scene to aid in our training program with our wolves and one of the areas we would be visiting would be the dhole breeding area. I was beyond ecstatic! I arrived at the zoo with my camera and a notepad. We toured everything else first and then ended at the dholes. The keeper at the time was so understanding and answered all my questions. Most of the dholes were nervous and at the back area, they weren’t use to people. Then there was a pair, one was at the back just watching. The other was in the front in a pool just chilling. He looked at us and got out of the tub and just watched us. He looked like all the other dogs, only his head was tilted. I remember hearing his story of how he was just different than the other dogs. His name was Sirius. Hearing his story, I just loved him.

I left that day wanting to again see if there was more info on this amazing species. Sadly, even with better internet tools I was still not getting much more, a few more article out of Thailand but nothing really new. On the other hand, the other canines I had fallen in love with, African wild dogs, were making great strides in zoos, research, and conservation efforts. I decided at the time I was going to try and help dholes whenever I can. I did end up doing some work with African wild dogs in Africa and then some wolf work in the Great lakes, but things brought me back to the zoo I met the dholes at. I was assigned to a different areas of the zoo but I quickly befriended the dhole keepers. I was so excited to hear that Sirius was still alive. I would make time to go visit him from time to time. By that point he was older and hard of hearing but he was very observant.

I finally gained the skills I needed to really help dholes when I complete the EWCL (Emerging Wildlife Conservation Leader) program. I would gain networking, project creation, and the logistics of long-term success of a project. I figured it was time to launch the Dhole Conservation Fund, something I had outlined while still at the wolf center. I needed a team I could work with and knew my work style but also people who I could trust to make sure we limited our scope to the most important operations. With that in mind I formed our team and we filed the paper work to become a 501.c.3.

About two years into working at the zoo, I was moved to work with a young group of dholes that was away from the breeding center. It wasn’t Sirius but I was finally working full time with dholes! I would also get my first break in the way of dhole conservation going to Thailand to help with their research and then returning the next year to help with the population and habitat viability talks. I would also get asked to help over in the dhole breeding area as well. By this time Sirius couldn’t hear much and I would often see him fast asleep unaware of what was going on around him. I also got to hear a scream that most dholes don’t make unless startled or scared, he would do it when he was excited like around feeding time. I always thought he didn’t know he was making that noise. He was sadly by himself. He wasn’t great at reading other dholes’ behavior and being social but not able to hear left him a difficult dhole to get a long with. At least at the breeding center he was surrounded by other dholes, he just wasn’t in with any of them.
Eventually I would move over to the breeding center full time. I had made it I was working with dholes and the dhole that made me really dive into this. He has taught me so much about dhole communication (it more than then verbal), their problem solving skills, their intelligence, and most of all how much they have different personalities. He wasn’t like any of the other dholes and all the other dholes were also very different. Some learned to climb trees. Some would learn to chew down saplings. Some can be trained to go into a crate with no issue. Some never learn to trust you. Sirius and I worked when ever I could, I had other animals to care for not just the dholes. I would do social things with him, like tug of war and agility work. Even with my attention he often wanted to be with the other packs of dholes in the area. At this time, we were no longer breeding so there were fewer dholes there, only one other pack. The other pack had a very dominant male and each time the two saw each other they would posture and growl. Adding Sirius was not an option. Fate would have it that some of the young dholes would be returning to us, three females. We had Sirius on a shared fence line with them when they arrived. Two days later he was introduced to them. The dominate female took a liking to him right away. He was older than them and there was risk but it was worth the shot to end his solo existence. He hit it off great with the group and within a week I saw him relaxing more deeply then I ever seen before. Not sure if he finally felt at home or if the girls just wore him out. He would spend the last of his days with the girls. He made it to the ripe age of 12 before passing away, dholes average 10 to 12 years in captivity.
​
He might be gone but he has had such an impact on my life and he is the whole inspiration for this organization. The World Dhole Day logo is based off him to help tell the dholes’ story.