So what is a dhole exactly? 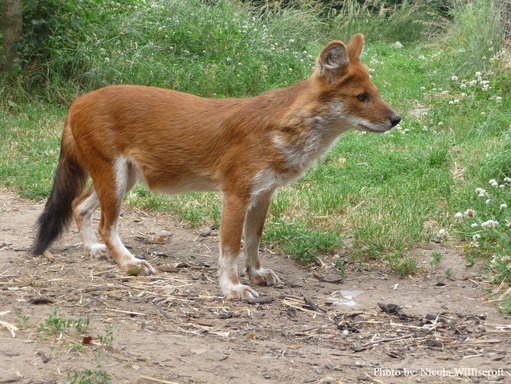 "What is a dhole?" is the first question we get asked when we introduce ourselves.  Almost everyone has heard of the fight to save the rhino, elephant and tiger. What if we told you that there is an animal more endangered than rhinos? That’s home range has shrunk more than the Elephants? One animal that has been rumored to be able to tree a tiger. This animal is the Dhole (Cuon alpinus). The Dhole, pronounced dole, is not a dull creature at all.

Other Names: Red Dog, Indian Wild Dog, Asiatic Wild Dog, Whistling Dog or Whistling hunter are all common names for dholes.
​Locations:
Currently Found:
Dholes are currently found in Bhutan, India, Indonesia, Lao, Malaysia, Myanmar, Nepal, and Thailand; India is thought to be the last stronghold of wild dholes.
Might be found:
Dholes might be found in the following countries and if they are found they would be in small numbers. Bangladesh, Cambodia, China, the Korean peninsula, Pakistan, and Viet Nam.
Historic Range:
Dholes use to be found in the following countries but are now considered extinct from the following countries ​Russia, Mongolia, Kazakhstan, Kyrgyzstan, Afghanistan and Uzbekistan. 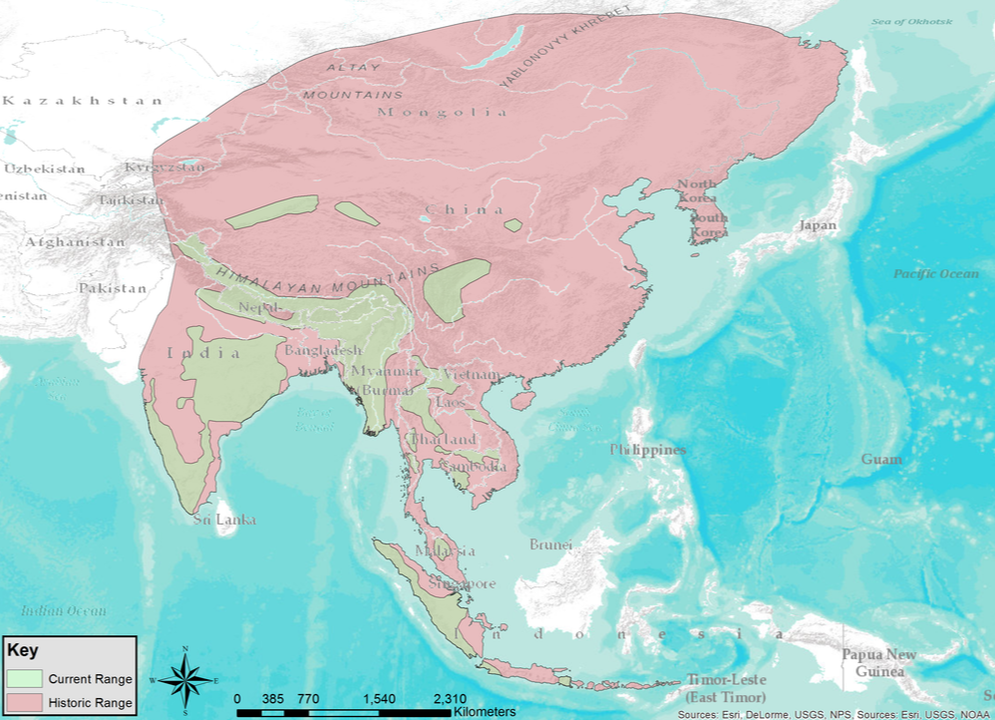 There is a dominant breeding pair, but sometimes more than one female will breed, the whole pack helps care for pups. They are seasonal breeders only breeding once a year and the season varies based on latitude of the population. Gestation is 60 to 63 days and the average litter size is 4 to 12.